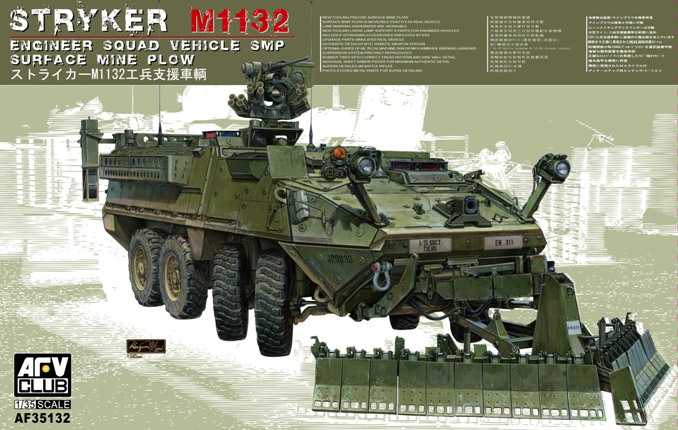 WarWheels.Net Sponsor, AFV Club has announced their release of a 1/35 M1132 Stryker Engineer Squad Vehicle (ESV) with the Pearson Surface Mine Plow (SMP).   The "sprue shots" were taken at the 2010 Armor Modeling and Preservation Society's (AMPS) International Show in Auburn, Indiana USA (April 22-24, 2010).  The other photos were provided by AFV Club.

For more information, stay tuned here at WarWheels or you can check out AFV Club's Website via the hyperlink below.